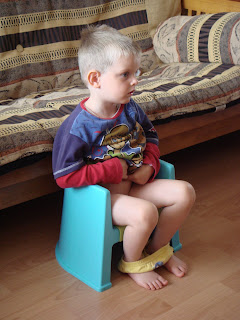 I hope this doesn't offend anyone, but I had to take this photo of Oliver. Without taking his eyes off the television, he moved his potty up against the couch (he has to place it in the same spot every time!). He also has to hold his shirt up around his armpits - why, I have no idea! I think he sat here for 5 minutes and when he got up, he had a red ring around his bottom from the seat!! ROFLOL. Like father like son! 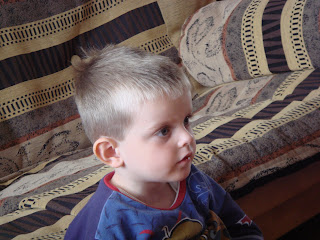 Here he is watching the television!

like Father loke Son?
LOL
please don't put a photo of Rob up here in the same position! ;)
x