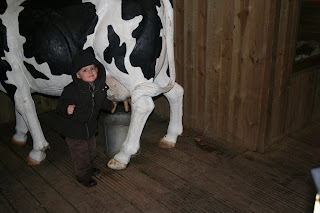 It was a miserable morning with rain but we decided to still go out to Champrepus Zoo. I wasn't sure what to expect but I must say, I was thoroughly surprised. They had 2 parts to the zoo which was separated by the main road!! One side was a kiddy part where the little ones could pat the animals. As you can see with this photo, they had a fake cow which you could milk. Oliver went straight up to it and pulled on a teat!! LOL I think he has done this before! *wink* 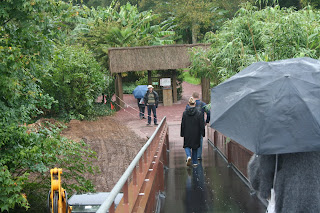 As you can see it is still raining but only ever so slightly now. This bridge takes you to and from the main entrance and this is us leaving the kiddy part to go to the main part of the zoo. 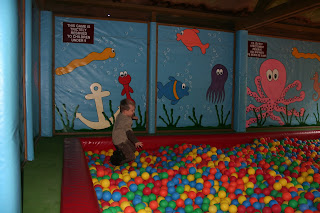 The zoo also had a play area for the kids with a great big ball pit. Here Oliver is jumping in by himself but later on daddy and grandad threw him in too!! He loved it. 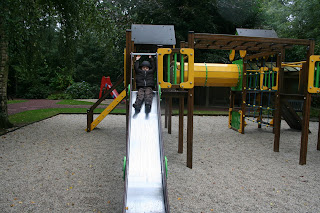 The slide was wet, but Oliver didn't care! He slid down and had a wet bottom and proudly showed it to us with a little wiggle. 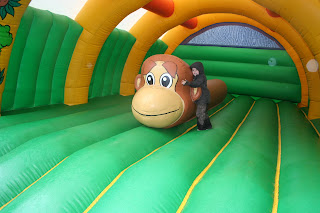 There were two jumpy castles but this one was covered so we said he could play on it. He basically had the whole place to himself - there were no other kids about. I guess it helped that it was a Thursday so school was in.
Lovingly Created by Kylie Swain @ 2:39 am

looks like a great trip!
I like the patchwork quilt on the bed! :)
finally updated our blog from Oz...damn you will be there soon!
So jealous!!