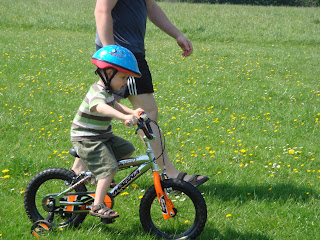 It was such a lovely day today that we took Oliver to the park just around the corner from our house.

How grown up does he look on his bike! He LOVES to ride his bike. 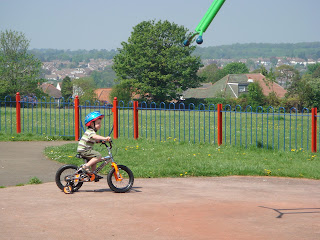 Here he is riding in the play ground (we were the only one's there so it was a good opportunity for him to ride his bike). At one point, Rob was chasing after him and Oliver was trying to pedal faster but couldn't because he was laughing so much. 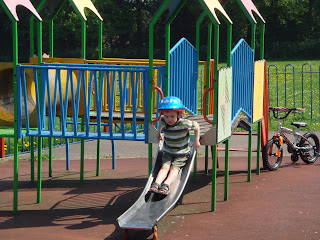 You can see where he parked his bike - he didn't even take off his helmet to play on the play centre. 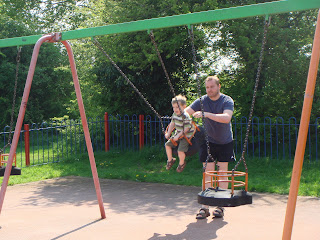 Here he is getting a push from daddy! He kept saying to Rob 'higher daddy!'