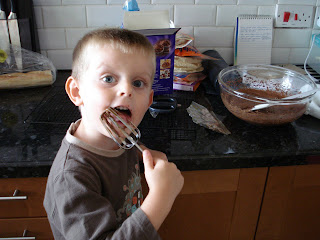 I thought it might be nice to make some chocolate chip muffins with Oliver (for Oliver!).

He tipped the packet mix into the bowl as well as the milk while I cracked the egg and mixed it with the hand mixer.

Oliver couldn't wait for me to finish mixing!! Gee, I wonder why?! Here he is licking the chocolate off. 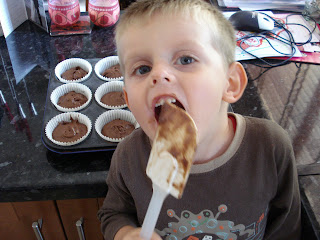 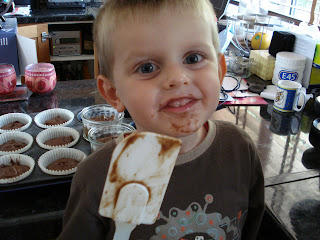 I set them on the tray to cool and put one in a bowl for him to eat (forgot to take a photo of that!).
Lovingly Created by Kylie Swain @ 12:20 am

licking the beaters is the best thing.....
Phil gets cross now that the boys have a beater each, and he misses out! LOL
x