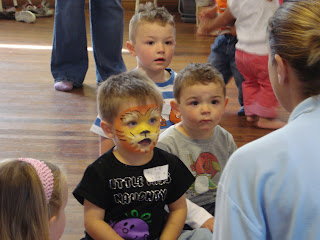 After my mix up with dates (I thought we were supposed to be away this weekend visiting friends), we were able to attend Kyran's 3rd birthday bash.

Here is Kyran (with his face painted) and his two cousins sitting behind him. He had a MR Men party as that is what he is into at the moment. LOL 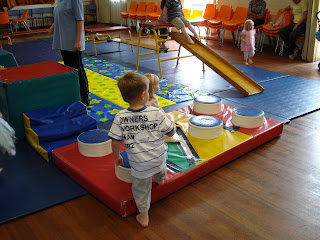 Oliver was having a ball running around the obstacle course. I think if we had a room at home like this, he would spend all day in it. That would wear him out!! LOL 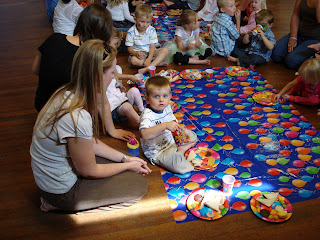 Lunch time and while he didn't eat a lot, he did eat a cheese sandwich and some cake (of course!). 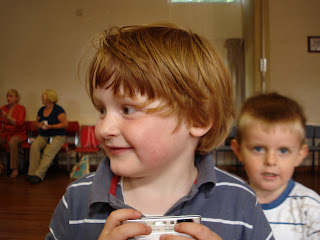 Ruth, Henry and their two kids, Fred (pictured here with Oliver) and Daisy drove 2 hours to be here today. Kyran, Fred & Oliver were swimming buddies. Oliver was so pleased to see Fred and they get along so well together they gave each other a hug when Fred arrived. LOL They were then joined at the hip for the rest of the party. 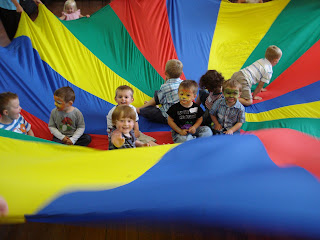 So here are all the boys sitting on the parachute while the adults and the girls walked in a circle turning the parachute. You can see Fred waving at me while taking this photo.

As Ruth & Henry had driven so far, and they had only been at the party for 1 1/2 hours, we decided to go to the shopping centre to grab some lunch for us adults and sit and catch up with them. We went to Nando's and had a great time. Ruth is pregnant again and baby #3 is due in February so I cannot wait to hear the good news and find out if baby is a boy or a girl. 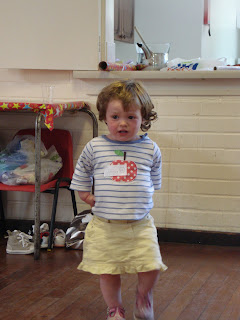 I almost forgot, here is Daisy!!

I cannot believe it has almost been 1 year since we saw each other at Disneyland Paris!! Daisy was crawling, now she is confidently running around and she also eats better than Oliver!!