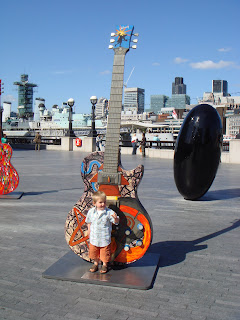 I met my former boss (Dan) and colleague (Kuldip) for lunch today in London. Oliver came along for the ride too as it is not grand parents day or nursery. Dan and Kuldip haven't seen Oliver since Dan's wedding last year so he has grown some ! To get to London we went by train and Oliver loves his train rides. He looks out the window and when another train passes in the opposite direction he gets all excited and says 'mummy, another train'. 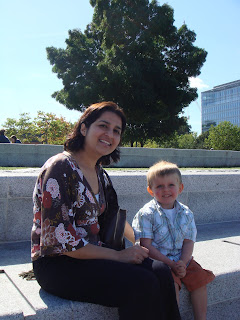 This is Kuldip with Oliver.
Lovingly Created by Kylie Swain @ 1:12 am